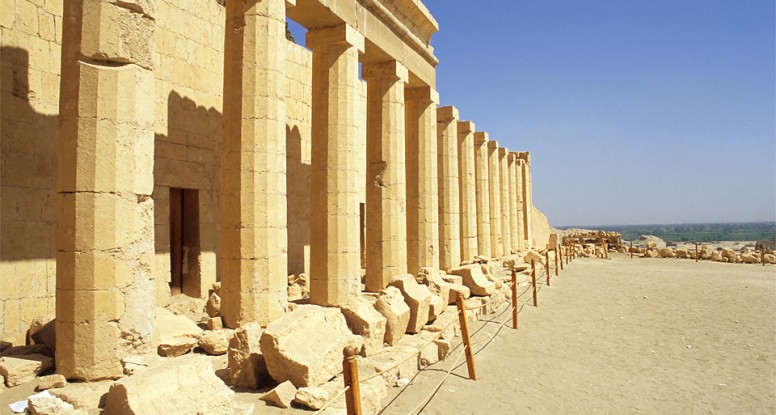 Opposite the city of Luxor, on the western bank of the river Nile lies the site of Deir el-Bahri, which translates as “Northern Monastery”. Separated from the tombs in the Valley of the Kings only by the mountain ridge stretching to the east from Al-Qurn, Deir el-Bahri is another famous complex of mortuary temples and tombs. An early structure at the site was the temple of Mentuhotep II of the 11th dynasty, when Thebes for the first time was the capital of Egypt. The largest and most impressive mortuary temple today, however, is the temple of Hatshepsut (1490-1468 BC), a female Pharaoh of the 18th dynasty. The temple, also known as Djeser-Djeseru, was built right into a large cliff of the mountain ridge.

On November 17, 1997 the site became the stage of a tragedy, when 62 people were massacred by Al-Gama’a al-Islamiyya.