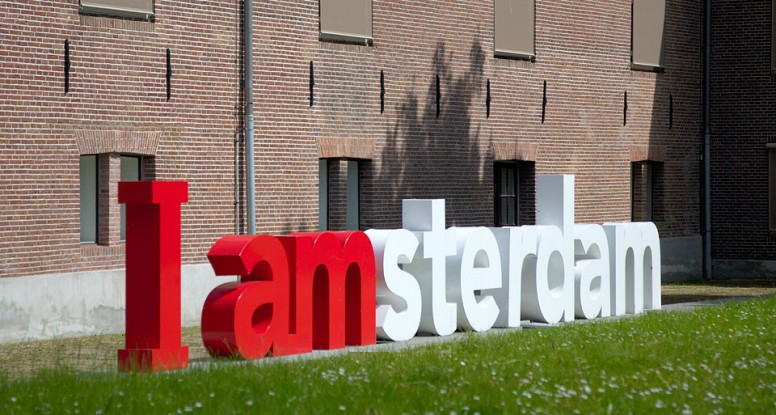 Last weekend I had a chance to stay in Amsterdam for a couple of days. Weather was great, so I spent all Sunday walking the old town with its canals, bridges, old merchant houses, boats and the Red Light District. The latter actually covers about one fifth of the central old town.

If you skip the museums, the coffee shops and all the tempting bars, then you can actually well explore the central part of the old town in one day and even have a nice dinner in one of the plenty restaurants. Oh, and you should not forget to try the local chips or fries!

The last 3 images of the series presented were actually taken at the waterfront to the North-East of the old town. There you can find a nice selection of boats from the last century and right in front of the ship museum – the star of the show – a replica of a tall ship of the East India Company (at least I believe it is a replica).

Besides the digital images shown, I also took some images on 35mm black&white film on this trip. These will be shown later once I got them developed and scanned.