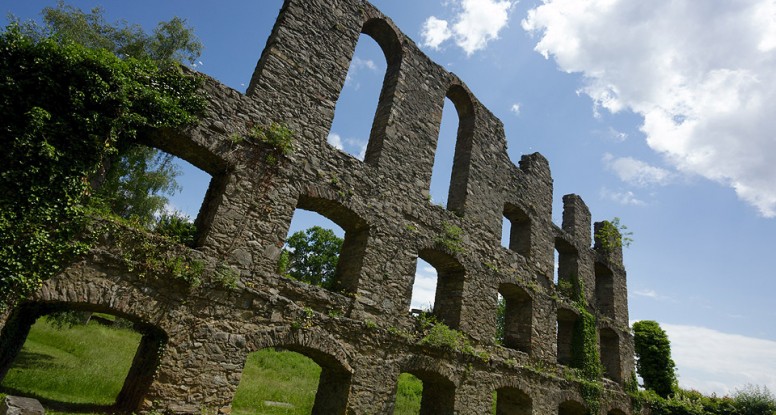 Hohentwiel Fortress in Germany was one of Baden-Wüerttemberg’s largest fortresses. Starting from a smaller medieval castle situated on top of the Hohentwiel – a long time inactive volcano of the Hegau group of volcanoes – in the 16th century it was extended into a larger fortress. As far as I know, Hohentwiel went through some sieges, but was never actually taken by force. Today its ruins can easily be visited from the town of Singen nearby. After climbing the volcano one first enters the lower part of the ruins. This part is connected with the upper part by a ramp. Once the top is reached, in good weather one will be rewarded by a spectacular look across the landscape and its steep hills – most of which are actually inactive volcanoes as well.

Last weekend the plan was originally to go for a walk in the Hegau area to see some of the volcanoes which dominate the landscape, but after realizing how large the fortress on the Hohentwiel actually is, we basically spent half a day exploring the ruins and gave up the idea of a longer walk.