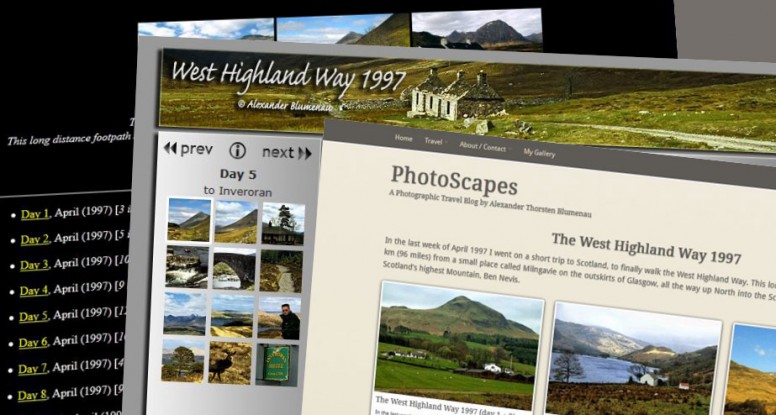 Website relaunch 2011! Today is the day, and I just about managed to get the new site up in time before the end of 2011 – a deadline I set for myself to build up some pressure.
The idea to re-design my website emerged quite a while ago. In fact, in order to split my website into two parts (one blog-style, one gallery) I even purchased a second internet domain already several years ago. But all the time I never really got around to start working on this task. I won’t give you any excuses here, after all it was just me being plain lazy. 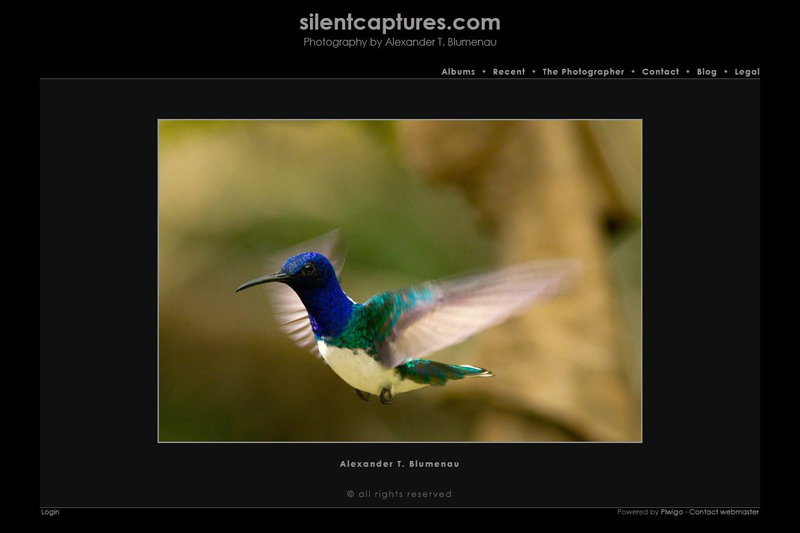 So what is new besides the graphical appearance? First of all, now there are two separate websites: Besides this blog-style website including illustrated descriptions of my travels, there is a new web gallery (SilentCaptures.com, see image on the right). I tried to keep both sites clean and simple with respect to structure and design, with the gallery being even a bit more puristic – as nothing should distract from the images presented there.
Both sites are free of Adobe Flash(TM), hence they generally should work with iPhones and iPads, however, they do require JavaScript. When I tested PhotoScapes.eu on my iPad, I realised some minor glitches though, which I might address in the future.

At this stage, the gallery and the photographic blog hardly have any content. Both will slowly fill up. In particular the travel blog currently only contains the very old account of my walking adventure in Scotland 1997, which I used as sample content when setting up the site. But be patient, my collection of images from Egypt 2006 will follow soon, and so will more recent articles.

A brief history of my websites:

The following three images show a kind of evolution of my website over the last almost 12 years – with the same article (my 1997 travel diary of the West Highland Way in Scotland) as an example. From left to right we can see the site I first set up in the year 2000, followed by the 2006 re-design and last but not least the current newly designed version (click images to enlarge): 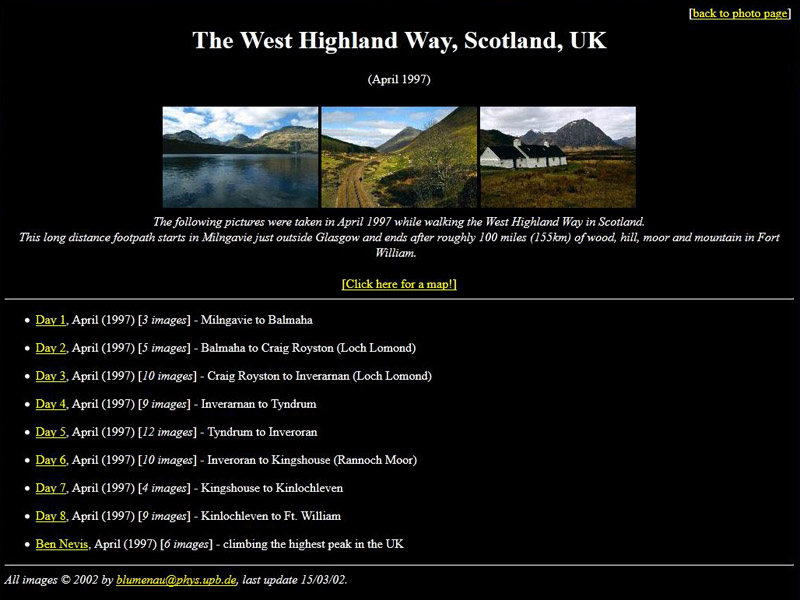 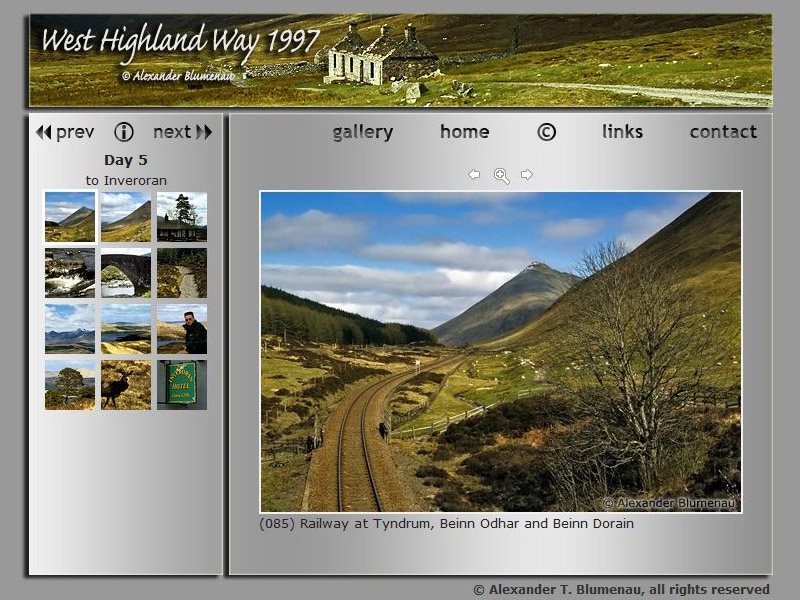 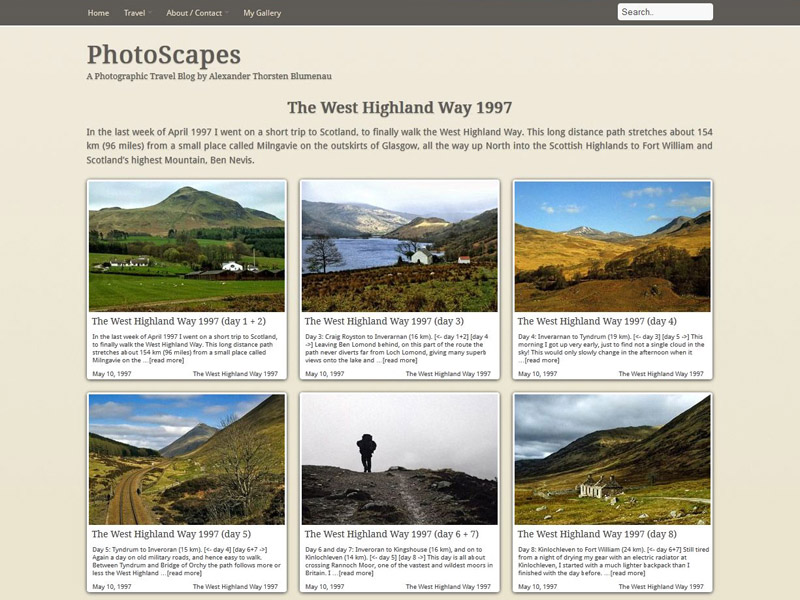 Actually, preceding the websites mentioned above, there was an early site from 1996. However, this early site was more a typical “personal homepage” of the 1990s – when the world wide web was still kind of young, when normal people had no mobile phones yet, not to speak of smart-phones as we know them today, and when there would be no facebook invented for another 8 years or so. In other words, those were the dark days before recorded history and hence I will not go into further detail ;o).