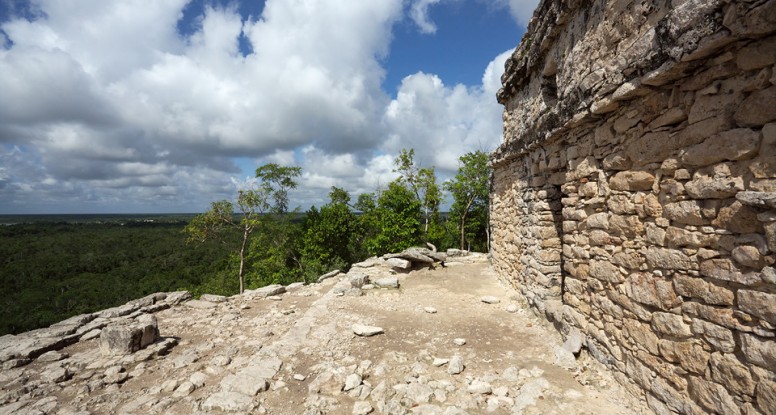 The Ancient Mayan City of Coba

Around 30 miles away from Tulum and the Caribbean coast lie the ruins of the ancient Mayan City of Coba, from the middle and late classic period, from 500 to 900 AD. The city stretches over almost 40 square miles around five smaller lagoons. It might have been home to more than 50,000 people.

Among its numerous pyramids, Nohoch Mul, the tallest of them, reaches a height of 140 ft or 42 metres, exceeding “El Castillo” in Cichen Itza. Climbing this steep pyramid to reach the temple building on top is an adventure on its own – but rewarded by a spectacular view over dense rain forest.
Unlike Tulum and Chichen Itza, Coba is still vastly covered by forest, only the major building complexes have been cleared of trees. These complexes are connected by elevated ancient roads.