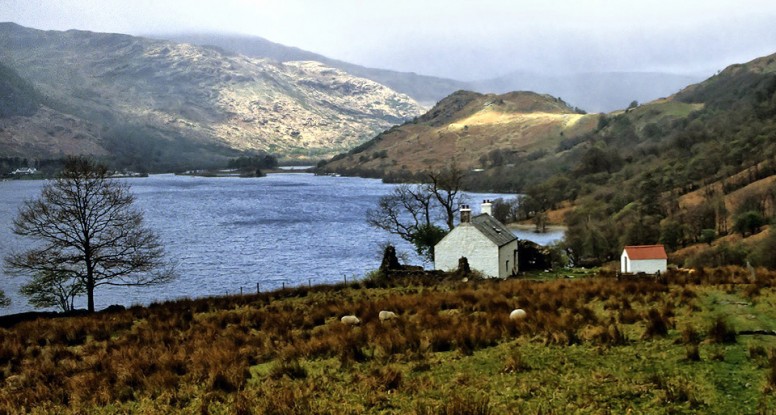 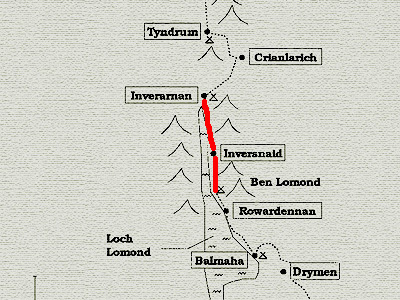 Leaving Ben Lomond behind, on this part of the route the path never diverts far from Loch Lomond, giving many superb views onto the lake and the mountain scenery. In fact one mostly walks directly at the shore with some minor climbs up and down when it gets steep. It passes Inversnaid, which consists of only a handful of buildings, including a hotel and a pier.

North of Inversnaid lies probably one of the most remote sections of the trail, and also the roughest with many ups and downs. In some places I had to climb over fallen trees. But I also met some friendly goat and sheep at the shore. The weather was constantly changing, giving some nice moods to the landscape. Passing Doune bothy I decided to put up my tent at Beinglas Farm close to Inverarnan.