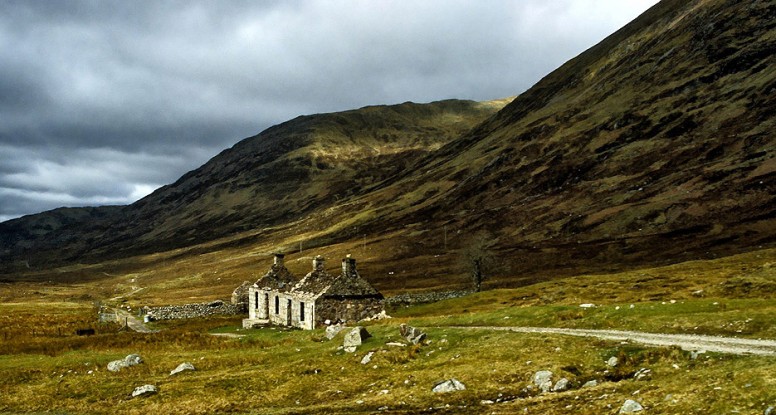 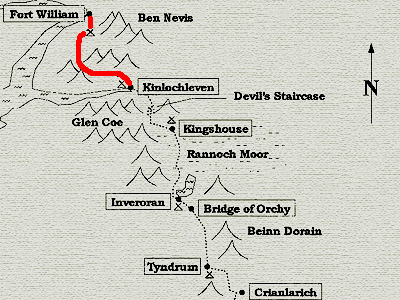 Still tired from a night of drying my gear with an electric radiator at Kinlochleven, I started with a much lighter backpack than I finished with the day before. After all, during the night I had to get rid of several litres of extra water which had soaked into my backpack when I landed in a deep puddle of water.
In contrast to the previous day, I had a somewhat cloudy but dry start with fairly good visibility and patches of sun later. After a steep ascend – rewarded by a nice view over Loch Leven framed by mountain scenery – the path runs gently without any noteworthy further climbs.

The following two nights I spent at the campsite in Glen Nevis, from where I explored Fort William the following day. On the last day I finally climbed (or better: walked up) Ben Nevis, with 1,344 metres (4,409 ft) Scotland’s highest peak. When I arrived, the summit ridge was covered in snow and visibility was almost zero. But still, Ben Nevis for me was a worthy finish following my trip on the West Highland Way.