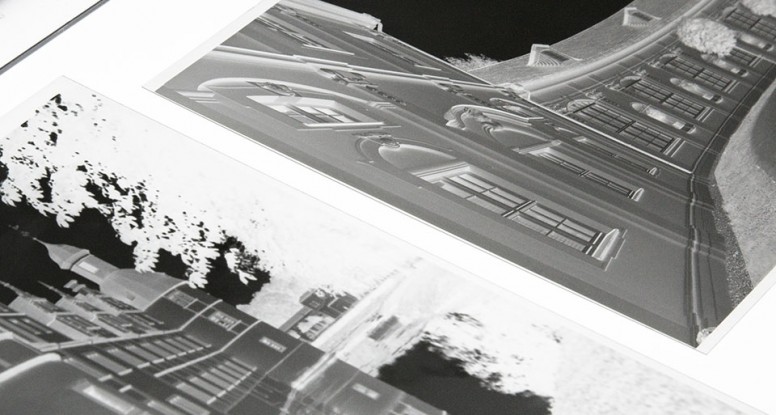 in Photography  by Alex August 6, 2012 3 comments
This entry is part 4 of 4 in the series Large Format Photography.

In this final part of my report on my first large format photography adventure with the Tachihara 4×5 camera, I will present some of my first images taken – acceptable images but also some obvious failures. The images are rather technical and had the mere purpose to get friends with the camera and the lenses. Hence, please do not expect fine art here! On the last 3 weekends I went to the following places for shooting:

I chose these places as they are easily accessible and offer some scenes with landscape and architecture to play with.

The choice of film:

For a start, I tried 3 different types of 4×5 sheet film:

Below you can see a comparison of (a) the Ilford FP4+ with (b) the Adox Ortho 25. Both are exposed in a similar way and the same developer/dilution was used. The difference in contrast is obvious. The difference in colour sensitivity, however, is not that apparent, as the scene was nearly free of red. 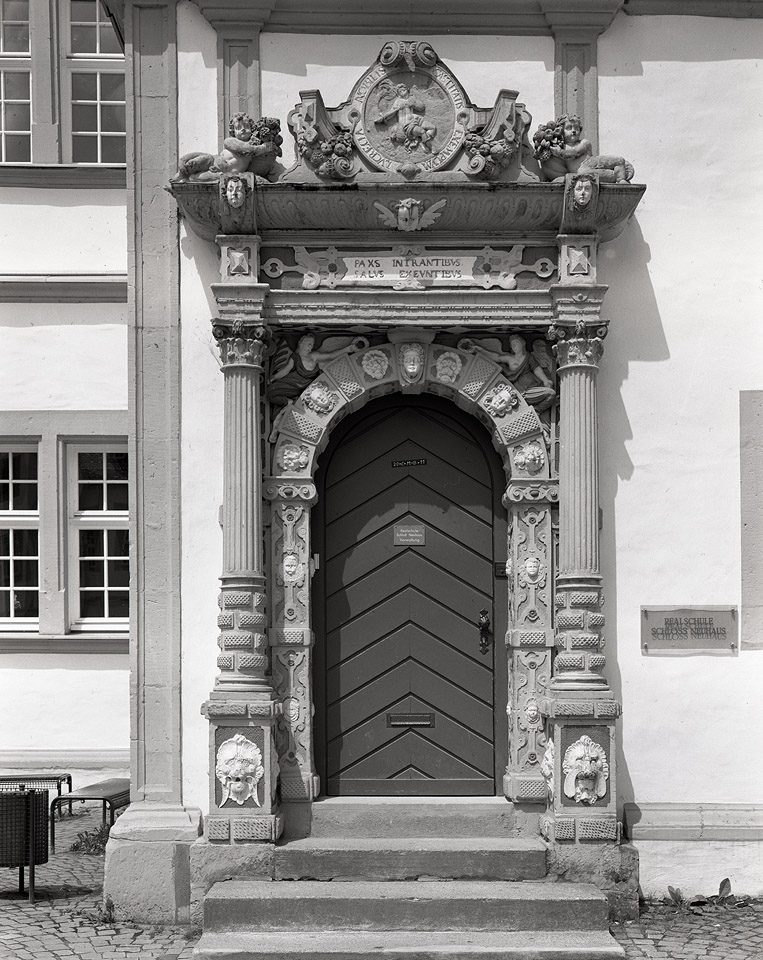 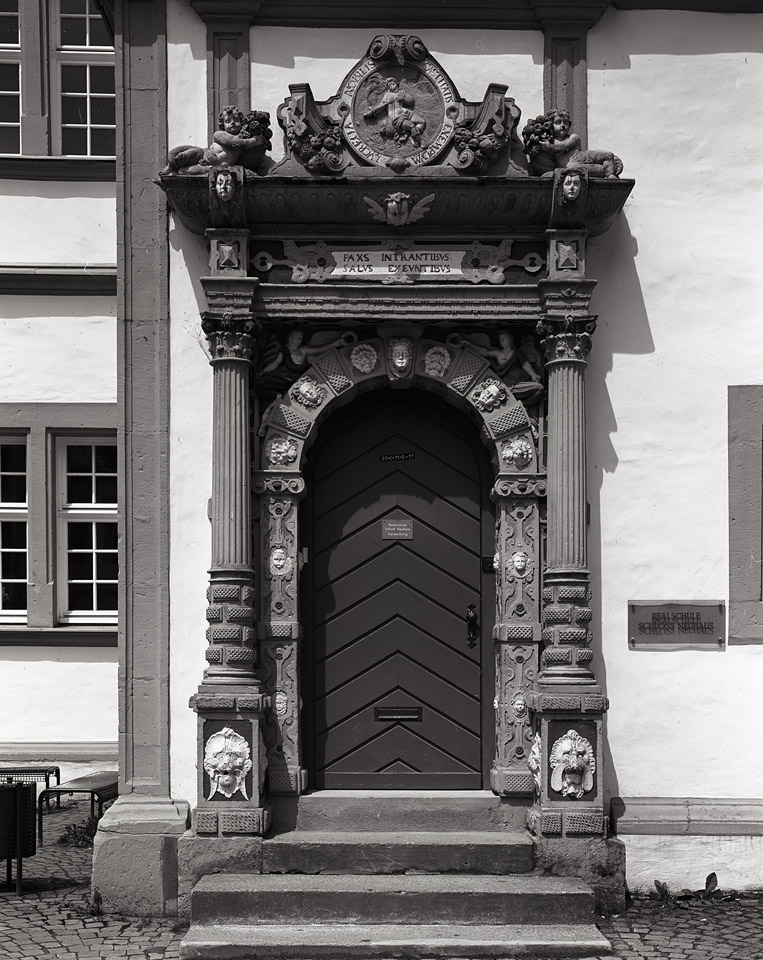 The particular batch of Adox Ortho 25 I used in this test was actually oversized. Film sheets were about half a millimetre too wide and too long and they hence would not fit the film holders without brute force. If you do have to use force, the film will bend and easily scratch (and it did). It would even not fit the 4×5 scanning frame of my scanner either, so I had to cut it to desired size after development of the negatives. To avoid this problem in the future, next time I will probably stick to another brand when it comes to orthochromatic film.

Resolution and depth of field:

To give you an idea of the shallow depth of field in 4×5, below you can see enlarged details of the last image shown above, which was taken with the Symmar 150/5.6 lens at an aperture of f/16: (a) the little plate on the door in the centre. This plate was more or less exactly in focus. (b) part of the column to the left of the door, which was just slightly in front of the plane of focus. As you can see, the difference in sharpness is already apparent. 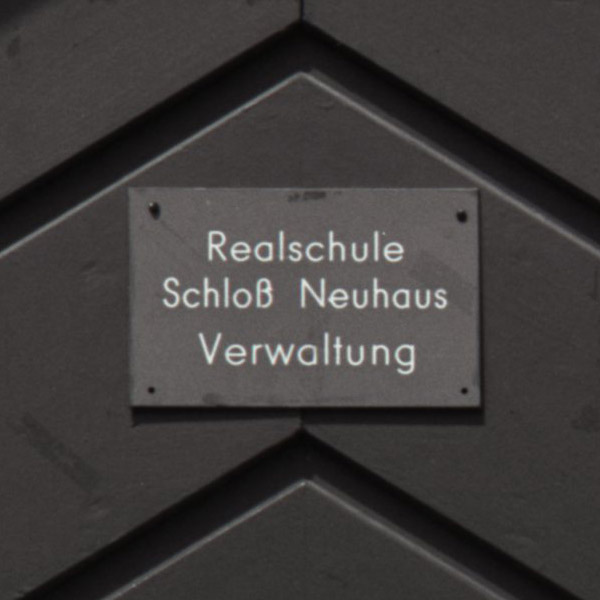 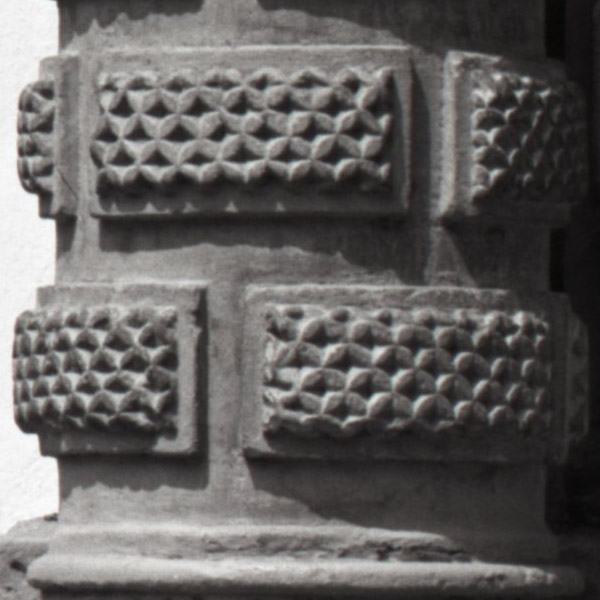 All negatives were dry-scanned with an Epson V700 Photo, which will give sufficient resolution for the web and some magnification. However, this will not really represent the actual resolution and sharpness of the negative. Please keep this in mind when looking at the magnifications. A dry scan on a flat-bed scanner does not really meet the quality of high-resolution drum-scans.

Of course, as this is the real world, the first times out with a new camera will also result in a fair amount of technical failures! I decided to show you some of the worst I made, so you can laugh or learn from it! But the greatest value is probably for those who just started with large format photography: These failures of mine might help overcome your frustration when you see that failure is normal and part of the learning process.
Below you can see
(a) a magnification showing pieces of lint which apparently were on the film when exposing. Additionally there are the traces of little air bubbles which apparently stuck to the film during development. I suspect the lint to come from my changing bag which I used to insert the film into the holder.
(b) an example where I accidentally pulled the dark slide of the film holder half-open when the holder with the exposed film was in the camera bag.
(c) I mistakenly opened the sheet film holder when the shutter was still open from the focussing procedure.
(d) here you see a light leak on the bottom left of the image. This probably happened when I pulled out the dark slide after I inserted the film holder into the spring back of the camera. If this is not done carefully, one might lift part of the spring back and open a gap which lets in a fair amount of light.
(e) similar to (d) but less pronounced.
(f) accidental double exposure! Do not ask me how this could happen. 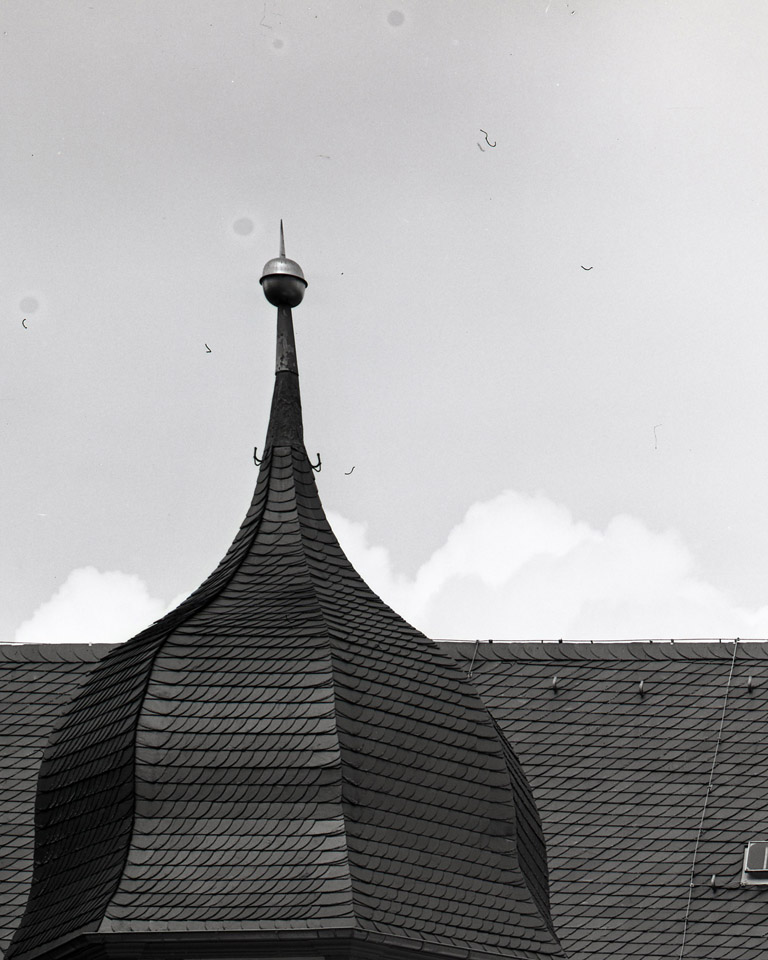 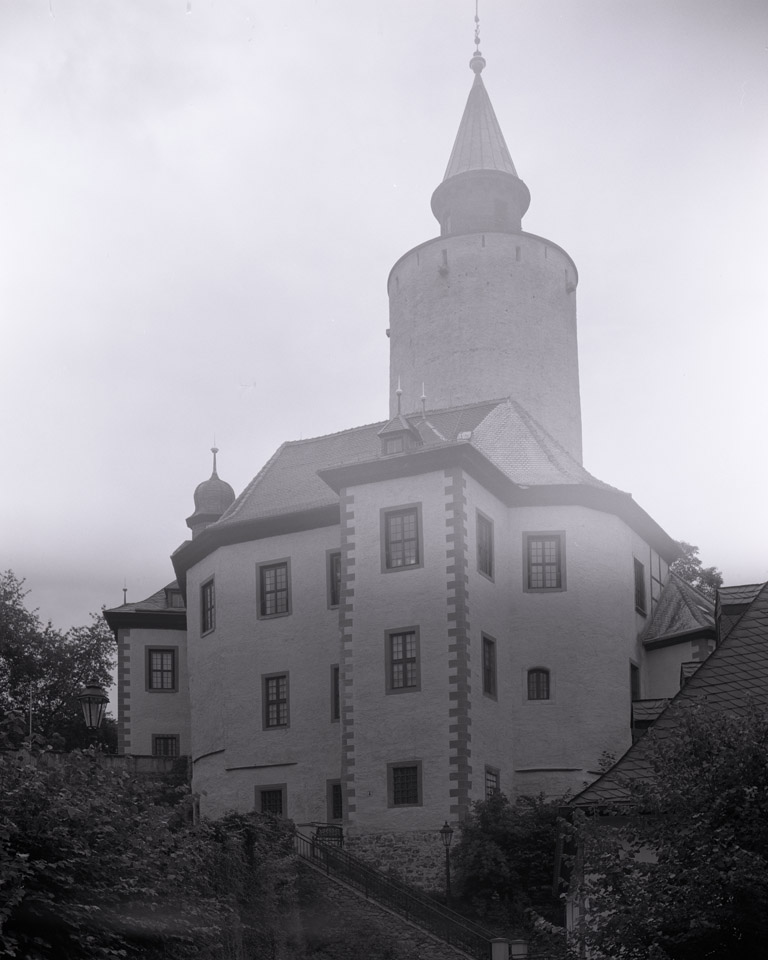 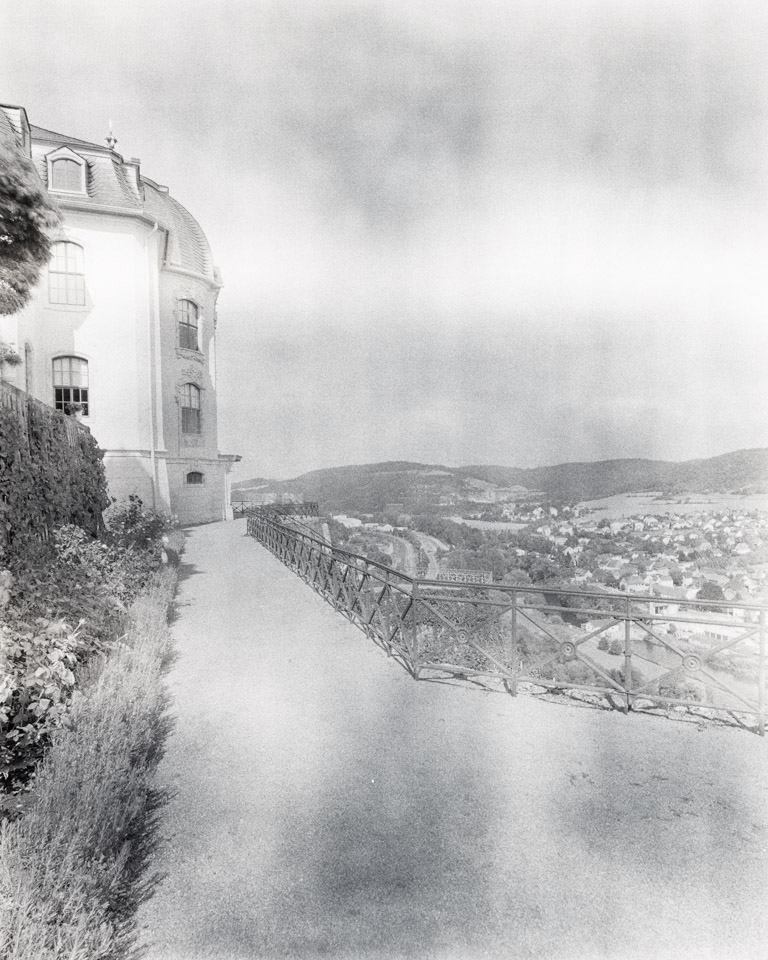 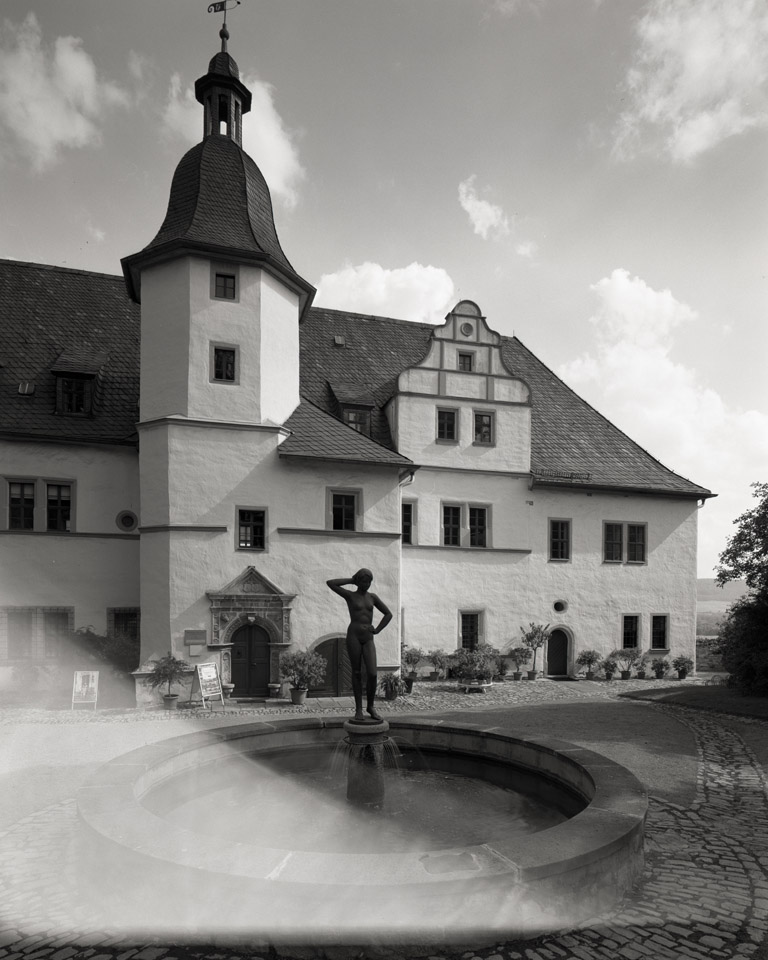 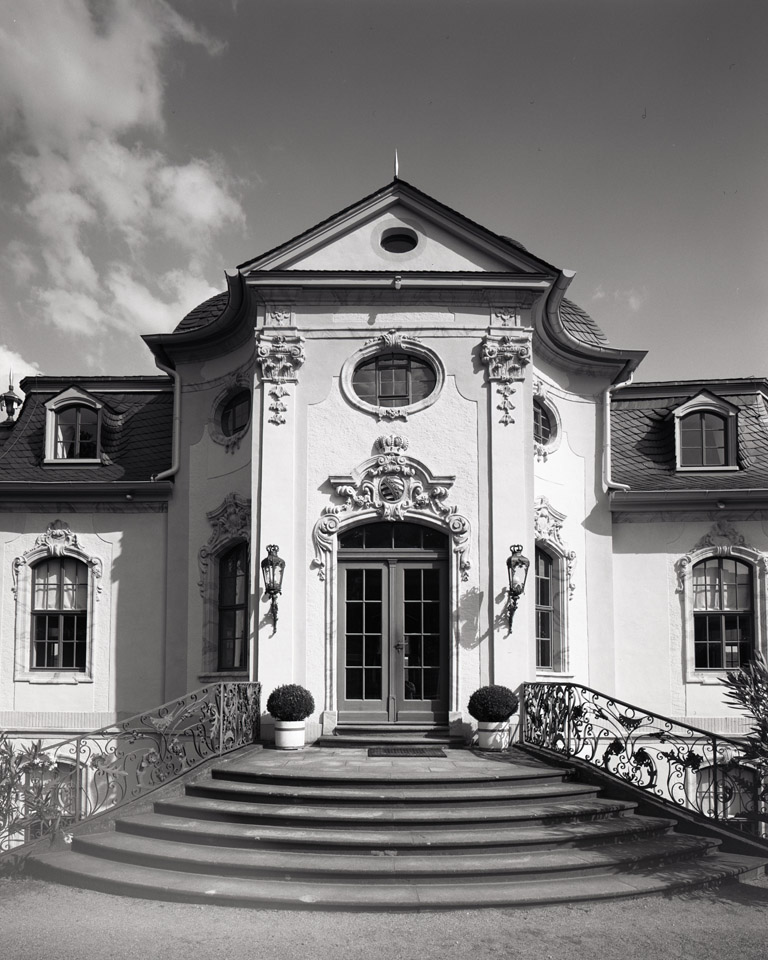 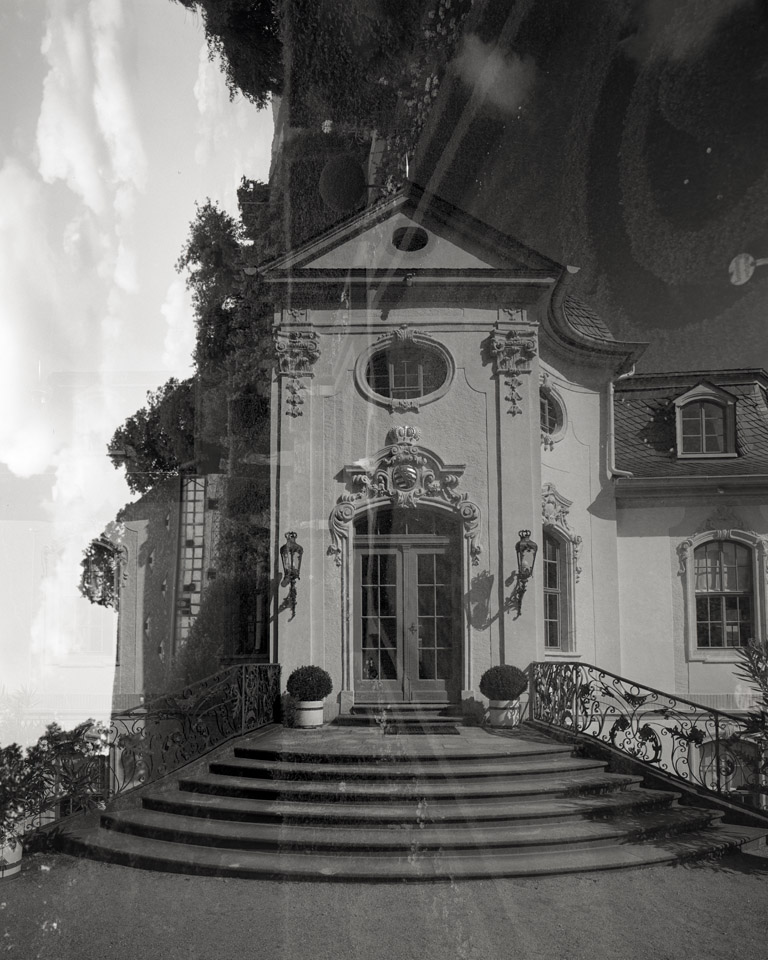 To summarise, the first three weekends with the Tachihara were real fun and I think me and the camera got to know each other much better.
The only thing which still bothers me is the occasional bit of lint on the negatives, especially since I usually have to refill the film holders while travelling – sometimes not really in the cleanest environments. I ordered a changing tent and hope this might improve the situation here.

Further articles, such as on how to develop 4×5 sheet film and how to measure the exact shutter speeds of mechanical shutters will follow later.