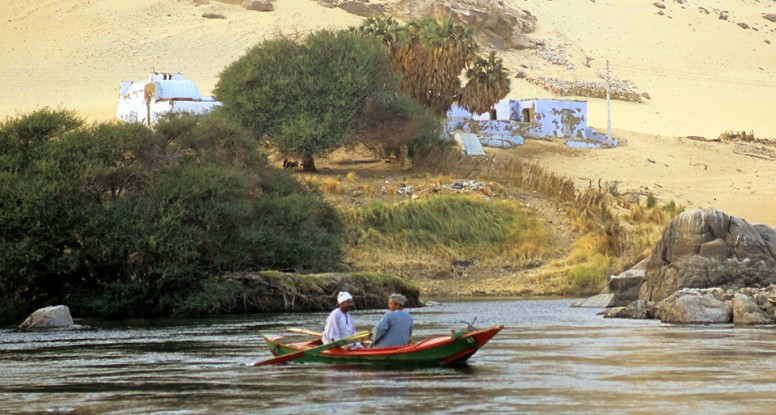 Aswan, a city nested deeply in southern Egypt desert, is always associated with its High Dam, finished in 1970 with the aid of the Soviet Union. The region is home to many Nubians, who settled in Aswan and in villages along the river Nile.

It used to be one of the driest inhabited places in the world, with rain only occuring once in a decade. However, today things seem to be changing slowly, most probably due to the Aswan High Dam and the resulting massive amount of water surface on Lake Nasser. Locals told me that these days you see many more clouds in the sky than there used to be.

The images in this set were taken in Aswan, at the Nile cataracts and in a nearby Nubian village, which I visited for one evening.