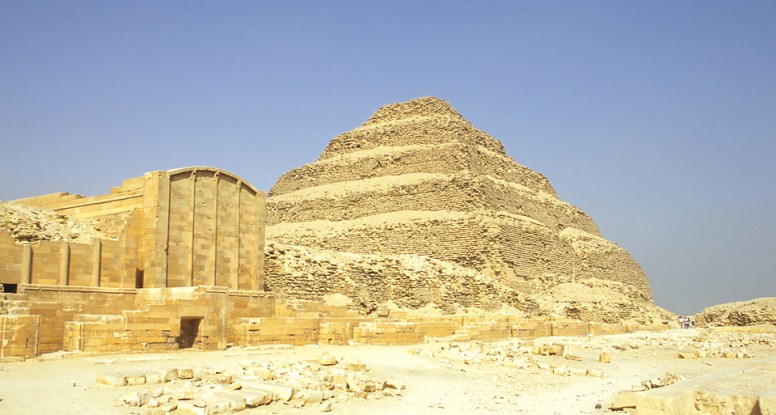 Memphis was the first capital of ancient Egypt and its remains lie about 20 km south of Cairo. It was founded aound 3100 BC by Menes, who unified the two separate Kingdoms of Upper and Lower Egypt.

Today, the main attraction of Memphis is its necropolis at Saqqara with several pyramids of the early times, today mostly ruined very badly. An exeption is the great step pyramid of King Netjerikhet Djoser (2667-2648 BC), built by the famous priest and architect Imhotep for his Pharaoh.