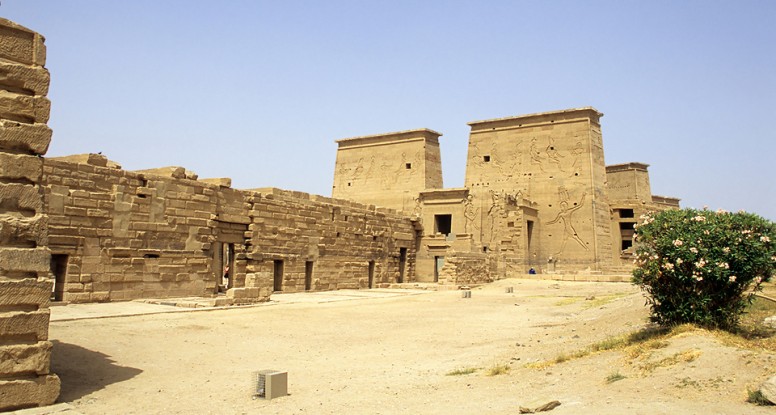 The island temple of Isis (a godess identified with Aphrodite in Greek times), used to be located on the island of Philae in the Nile river, not too far from Aswan. The ancient temples and monuments of Philae date from Ptolemaic (when a Greek dynasty sat on the Egyptian throne) and later Roman times.

Besides the temple of Isis, you can find smaller places of worship for Horus and Hathor on the island. The place remained a centre of ancient worship until the 6th century AD when it was converted into a Christian church consecrated to the Virgin Mary.

Due to the Aswan High Dam and the rising waters of Lake Nasser in modern times, the temples of Philae had to be relocated – similar to the relocation of the temples of Abu Simbel. So today the island temple of Isis can actually be found on the island Agilika.