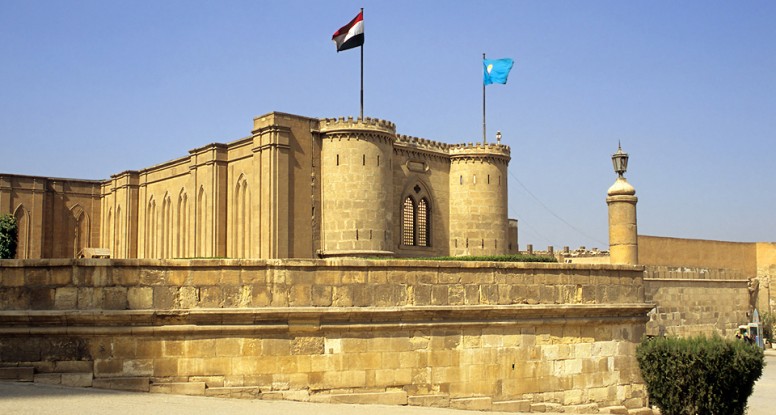 The Saladin Citadel of Cairo – sometimes referred to as Mohamed Ali Citadel – is located on a part of the Mokattam (Muqattam) hill close to the center of Cairo. The first fortifications were erected under Salah al-Din, also known as Saladin, between 1176 and 1183 AD as a fortress against the Crusaders.
Since then the citadel has changed a lot and many rulers of Egypt left their mark. Prominent structures include the mosque of Muhammad Ali (Ottoman Sultan in the early 19th century) and the An-Nasir Mohammed mosque, built between 1318 and 1355.
Beneath the citadel walls lies another prominent sight, the massive mosque of Sultan Hassan, built in the 14th century.