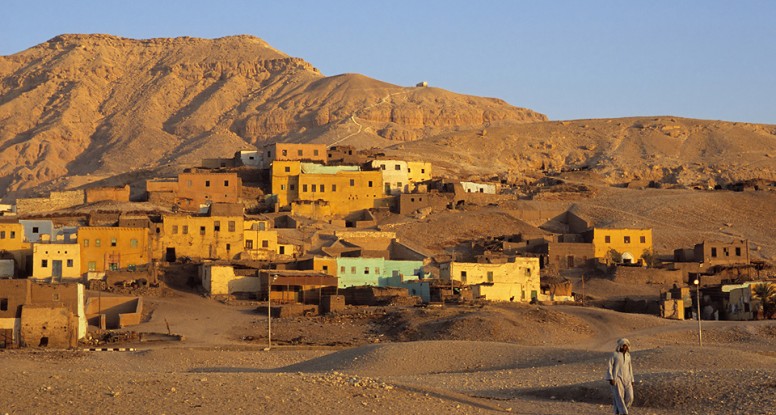 Thebes, Niut or Niwt-imn (The City of Amun) were all names of the ancient city at the site of today’s Egyptian city of Luxor. At the time of the 11th dynasty, around 2100 BC, the city at the Nile river became the capital of ancient Egypt, resulting in great places of worship, tombs and mortuary temples being constructed. Although in later dynasties the capital was moved northwards, Thebes always remained an important seat of power and place of worship.
While the city of Luxor today is located at the eastern bank of the Nile river, the ruins, tombs and mortuary temples on the west bank are often referred to as part of ancient Thebes.

This article shows images from the famous Valley of the Kings, the Colossi of Memnon (mortuary temple of Amenhotep III) and the ancient village of Deir el Medina.
The archaeological sites of Deir el-Bahri, Medinet Habu, Luxor and Karnak – the latter two on the east bank of the river – are featured in separate articles.