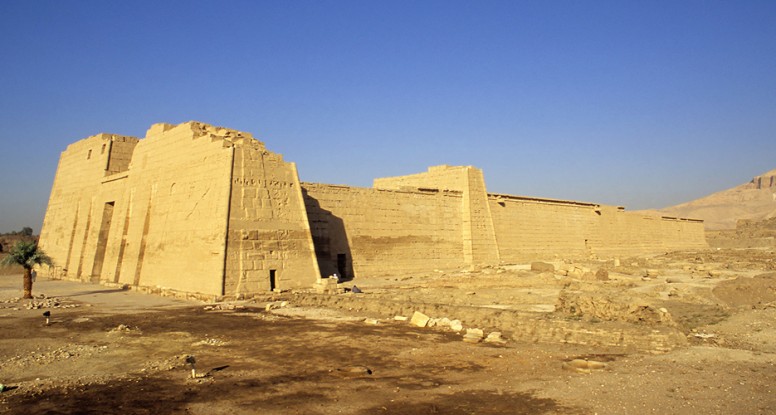 The mortuary temple of Ramses III at Medinet Habu, built in New Kingdom times on the western bank of the Nile close to Luxor, is a well preserved temple, set within an almost rectangular mudbrick enclosure with a pylon from Ptolemaic times.
The temple features – in order starting at the great entrance – a first courtyard, a second courtyard with a peristyle hall, and a large hypostyle hall at the rear end. Each of the courtyards is guarded by a massive pylon. The whole structure reaches a length of about 150 metres.
Within the enclosure smaller temples of Amenirdis I, Shepenupet II and Nitiqret can be found, as well as a small sacred lake.

I personally was most impressed by the peristyle hall and its detailed reliefs and inscriptions with surviving original colour.