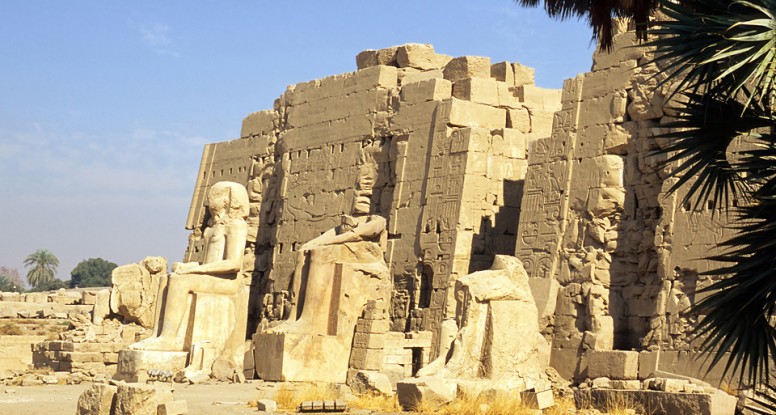 The temple complex of Karnak near Luxor is certainly the largest and one of the most impressive in all of Egypt. After construction began in the 16th century BC, around 30 different pharaos expanded the site and left their marks in later centuries.
The central and largest temple is known as the precinct of Amon-Re and is connected with the nearby temple of Luxor by an avenue of sphinxes. The most prominent feature of the precinct of Amon-Re is its famous great hypostyle hall, with its colossal central pillars reaching 20 meters in height. The precinct houses ten large pylons. Further well-known features are the temple of Ramses III, the temple of Khonsu, the obelisks of Thutmose III and Hatshepsut, and the sacred lake.

Visiting Karnak you should plan to spend a considerable amount of time, as the layout of large site might appear a bit confusing at the beginning, and navigating through all the temples, sanctuaries, reliefs and statues will take its time.