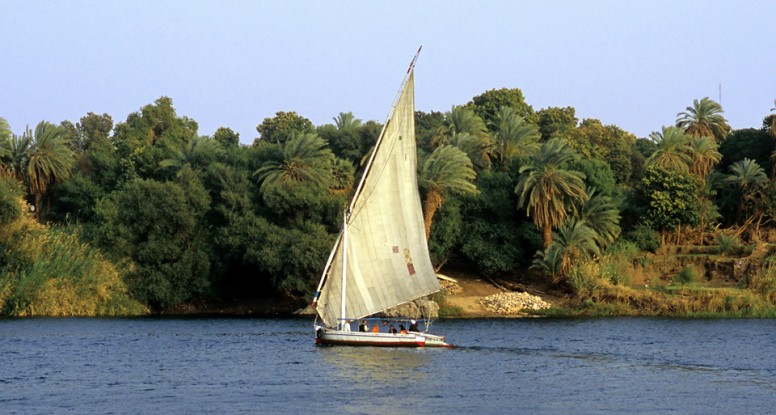 The river Nile – from Luxor to Aswan

Without the Nile river there would be no Egypt. At least not the Egypt we know today, with its rich history and magnificent monuments of the ancient past. With its yearly summer floods as a source of water and fertile soil, the river gave life to the desert and made agriculture possible, which could feed many and allow for large cities to emerge already many thousand years ago.
Furthermore, the Nile river was the most important route for transport and fast travel, vital for a complex state such as ancient Egypt.
Even today one can still see the traditional wooden sailing boat, the felucca.
However, the river’s role in Egypt’s agriculture is diminishing today. Since the construction of the Aswan High Dam the yearly floods have ceased to provide new fertile soil to the fields, resulting in many problems I will not discuss here.

Of course I travelled the river not on it’s full length (6,695 km or 4,160 miles, the longest River on this planet), but only the stretch from Luxor to Aswan. Also, unfortunately I did not travel on a felucca, but on a modern cruise ship.