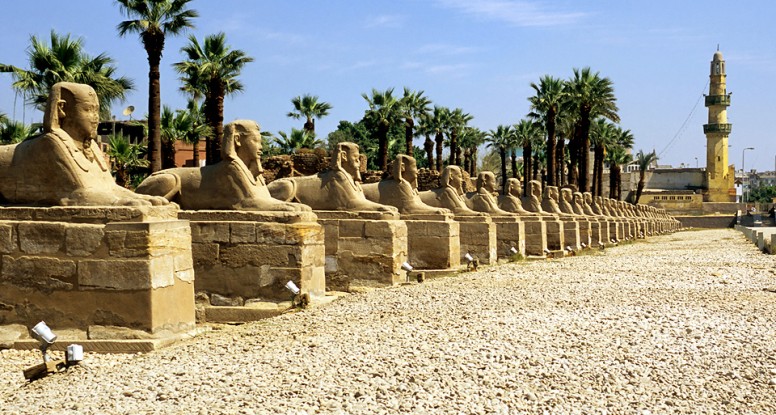 The temple of Luxor

The main archeological attraction of Luxor is the temple of Amun, Mut, and Chons. This temple from the 14th century BC went through major expansions under Ramses II and a restoration by Alexander the Great. Later it fell into disrepair and still in the 19th century AD it was vastly covered under sand and sediments from the river. Parts of the temple sticking out were integrated into the mosque of Abu el-Haggag.
Today, with all the sand removed, you can still find the mosque entrance high in the air, on top of parts of the ancient temple.

I also recommend to visit the museum in Luxor: it might not have as much to show as the Egyptian Museum in Cairo, but what it has is on display is presented in a very atmospheric play with light and shadow.