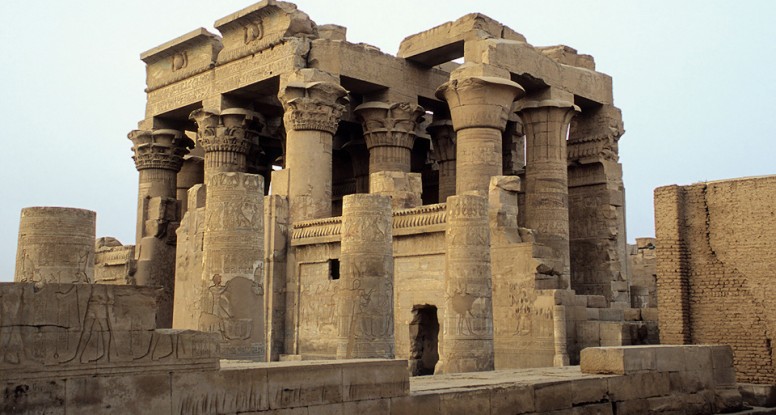 This Ptolemaic temple in the town of Kom Ombo was built in the second century BC, it was further expanded and altered in later Ptolemaic times. As a more unusual setting, each of the two sides of the temple is devoted to a different god – one side to Haroeris the falcon, also known as Horus the Elder, the other side to Sobek, creator of the world and god of fertility (always depicted as a crocodile). To honour the latter, several hundred of mummified crocodiles were buried in and around the temple, today a few of them are on display in the temple.

The temple of Kom Ombo is also famous for its detailed reliefs, e.g. showing ancient surgical instruments, and for its inscriptions.