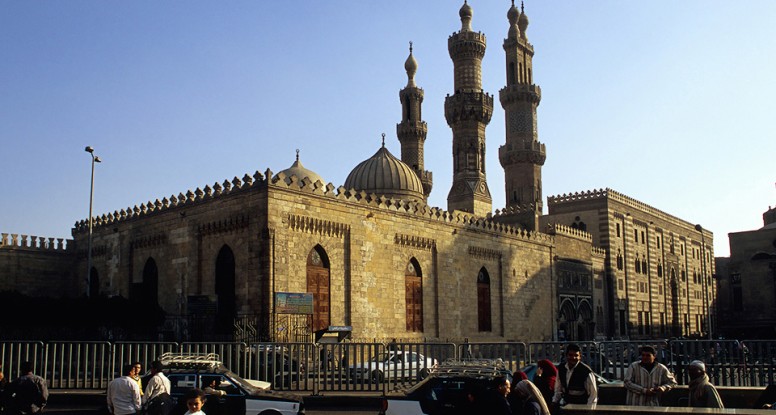 Cairo – Images from the city

Cairo. the capital of Egypt – a city with an estimated population of over 15 million people, at least so I was told in Egypt, other sources speak of even larger numbers. In any case Cairo is the largest city in Africa and one cannot explore it in a couple of days, not even in weeks or months. So you have to make choices what to visit and what not to visit.

Geographically Cairo can be found in northern Egypt, built at the banks of the river Nile, just before it splits into two branches which then expand into the Nile Delta.
Cairo was not always the capital city. In ancient times it was preceded by Memphis and the necropolis of Saqqara. Both sites can be found about 20km south of Cairo. To the west you will find the Giza plateau, famous for its three great pyramids and the Sphinx.

My time of course was limited, and hence this collection of images mainly features the Al-Azhar mosque and streets and markets nearby, but there is of much more to see in the city. The Citadel, and places close to Cairo such as Memphis and Saqqara and the Giza plateau are presented in separate articles.