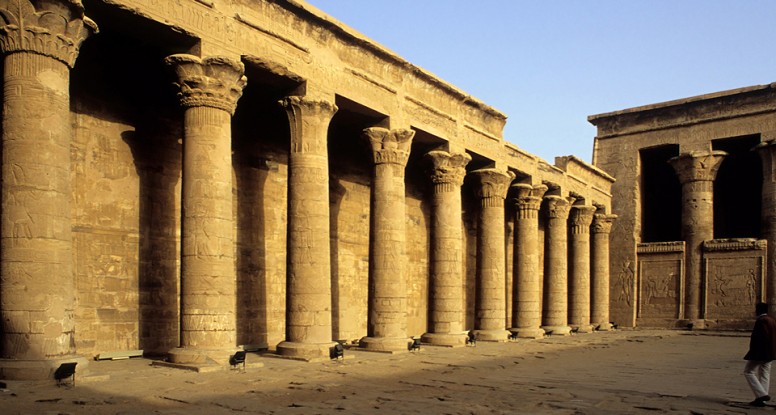 The large and impressive Ptolemaic temple of Horus at Edfu is one of the best preserved temples in all of Egypt – the term ‘ruin’ would certainly be ill-chosen. Therefore it gives the most complete image of a typical Egyptian temple complex. It was constructed and further expanded during the first three centuries BC, located at the Nile river between the towns of Aswan and Edna.

An interesting feature of the site is the earlier and smaller temple of the New Kingdom era, which was completely over-built and incorporated into the new Ptolemaic temple. The old structure was oriented 90° to the new one, and today you can still see the remains of the old Pylon on the east side of the first court.